2016 Healthcare Changes In Ohio – What To Expect

2016 Ohio health insurance plans will look different in 2016. The rates will change. Some plans will be added, while others will be eliminated. New carriers may enter the Marketplace, while others, such as Assurant, will exit the Exchanges. Federal tax subsidies will be different, depending on your projected household income.

Who knows what Ohio healthcare will look like in 2016. Well, We think we do! Our tongue and cheek predictions below may not come true, but we had a lot of fun writing them!

January – In an unprecedented move, all major Ohio health insurance companies offer to slash their 2016 rates by 60%. However, there is a big caveat. The stipulation is that the Cleveland Browns must win the Super Bowl on February 7th if prices are to decrease.

The problem is that the Browns finished the season with a  7-9 record, missed the playoffs, and aren’t even playing in the Super Bowl! When asked to comment, a Humana spokesman stated that  they will extend the offer to 2017 since the risk would still be “incredibly low.” Thankfully, the Bengals were not included in this offer.

February – Open Enrollment ends on January 31st, and millions of Americans, including many households in the Buckeye State, are still without coverage. However, on February 1, the Department of Health and Human Services announces that OE will be extended until December 31st.

To ease the burden on Department employees, consumers must apply for coverage only during designated times. These times are between 3:00 am and 4:00 am Tuesdays and Fridays, and only on odd-numbered days. General maintenance is expected to be performed between 3:10 and 3:50 am on these designated days.

March – Of course, that means March Madness, so during the NCAA Basketball Tournament, no new applications will be taken, no claims will be paid, no payments will be processed, and phone calls and emails will not be returned from any health insurance company in Ohio. 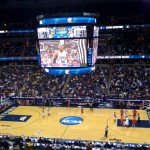 April – Is it an April Fool’s joke? Nobody seems to know. Apparently, Ohio grocers are offering to pay 50% of your health insurance bill on the first day of April. Your only requirement is to bring in your statement, and 16 forms of identification and the bill is instantly paid.

Ah. OK. It’s quite clear now. 16 forms of identification. Well…if you have plenty of aliases, multiple personalities or you tend to keep old college ID cards and driver’s licenses, you may catch a break. Otherwise, it appears to be an April Fool’s joke gone bad.

May – April showers bring….You know…May flowers.  So, to commemorate the upcoming warmer weather, each insurer has assigned itself to a specific flower, and all corporate and local offices must reflect that motif.

Some of the selections made by the carriers are listed below:

NOTE: Anthem and SummaCare both selected the same flower and subsequently sued each other to determine who has the exclusive flower rights.

June – Ohio’s newest health insurance company is under investigation for allegedly not paying a single claim during the first five months of the year. “No Pain No Claim” is the name of the carrier that started to offer policies in 2016. Approved by regulators, they offer coverage in 12 Counties located near the Indiana border.

When asked to provide claim records and payout information, an official of the company said, “We don’t have any documentation regarding claims. Our operational expenses were too high this year although by 2020 we hope to start reimbursing a few policyholders.”

July – An enormous data breach hits the Midwestern states as a rogue hacker believed to be living in Cincinnati infiltrates many large financial institutions. Oddly, no personal or sensitive information is taken. But every policyholder receives new ID cards with their first-grade teacher’s name on it. Very strange.

August – In an effort to increase market share, surprisingly, Medical Mutual and Humana decide to change their corporate names and logos. The move is effective on October 1, and all stationery and business cards will also be changed.

Medical Mutual will become “LeBron’s Marketplace” and Humana will become “Buckeye Nuts And Guts.” Both companies are obviously attempting to capitalize on  the Ohio theme. Of course, it may not be so popular in other states.

September – A special Open Enrollment period has been approved for the entire month by the Department of Health and Human Services (HHS). To qualify, you must file your 2016 and 2017 federal tax returns before the end of 2015 and agree to pay applicable back-taxes of all immediate family members. Although it is not anticipated that any person will take advantage of this newly-created SEP, many Department employees are praising this idea as an “act of kindness.”

October – Halloween tricks and treats from the healthcare industry. In an effort to promote responsible eating, employees are encouraged to give out raspberries, beet juice, or broccoli spears to children, and forgo the traditional candy items. However, the city of Cleveland quickly responds to the idea, by extending Beggars Night to the entire month of October and requiring all treats consist of a minimum of one pound of chocolate, and two dozen Rice Krispies treats..

November – Open Enrollment officially begins with a massive advertising campaign designed to increase the number of Americans that sign up by 40%. As a special inducement, if you enroll in a plan during the first 15 days of November, a frozen turkey will be sent in time to enjoy before next July 4th.

However, for individuals or families that enroll AND refer a friend, a small mobile home that is completely furnished, will be sent. The value of this inducement is $11,500 and is unfortunately, taxable.

December – Keeping with the “Holiday Spirit,” during this month, insurers are offering potato latkes and pumpkin pie to all policyholders that schedule a preventative colonoscopy. Of course, the food is served after the procedure has completed. The evening before the colonoscopy, a tasty concoction of bowel-cleansing Miralax is provided.