Oscar Health Insurance and the Cleveland Clinic have expanded their network in 2020 by adding Portage, Geauga, and Ashtabula Counties. Single and family plans can apply for guaranteed Marketplace coverage. More than 10,000 persons (prior to 2020 Open Enrollment) were covered in Summit, Lorain, Lake, Medina, and Cuyahoga Counties.

Several on and off-Exchange plans are available in Northeast Ohio. Rates are typically competitive with SummaCare and other carrier prices. Free 24/7 telemedicine visits are provided with all plans.

House Bill 177 increases access to health care in the Buckeye Stare by getting rid of standard care arrangement. The bill is part of Better Access, Better Care Act. Rural areas would benefit the most if the bill is passed. Locating physicians to contract with has become increasingly difficult, which often leaves communities with lack of needed service. The SCA (Standard Care Arrangement) must be signed by signed by all APRNs.

Nurse practitioners are extremely valuable, but their services are not designed to replaced licensed physicians. Most physicians have 15,000 hours of clinical training, while a nurse practitioner typically has 500 hours of training. Also, often some of the training is online, which can not replace actual in-person training.

Ambetter is being sued by four Ohio customers and many additional plaintiffs are expected to be named.Allegedly, the insurer listed physicians on their website that were not network-approved. Thus, many policyholders were not able to utilize local doctors or specialists. Nationwide Children’s Hospital was cited as a facility that was incorrectly listed as an approved network provider.

Ohio CareSource received 18 out of 25 stars on the most recent Ohio Medicaid performance report. The report reviews all contracts that are offered to Senior Medicare-eligible applicants. Other ratings were Molina (15 stars), Buckeye Health Plan (14 Stars), and UnitedHealthcare Community Plan (10 Stars). CareSource’s individual category ratings are shown below: 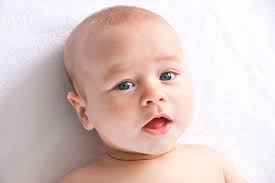 The number of Ohio Infants and toddlers without healthcare benefits continues to increase. The number of uncovered children has increased more than 10,000 in the last two years. Approximately 5% of all Ohio children are not covered under a conventional policy. Governor Mike DeWine  is working with the state Medicaid Director and other Agencies to seek a solution. Although the ACA Legislation has provided coverage for many uninsured persons, many applicants don’t qualify for a federal subsidy because of household income limits.

More than 50% of the country’s children and toddlers that are uninsured reside in the following seven states: Ohio, Texas, Florida, California, Georgia, Pennsylvania, and Arizona. CHIP and Medicaid help provide inexpensive coverage to persons not eligible for Marketplace financial aid. Group coverage, if available, is always offered to dependents.

Ohio maternal care and childbirth costs have increased by about 50% in the last 7-10 years according to the journal Health Affairs. Although healthcare cost have also increased, out-of-pocket costs have increased mainly due to the rise in popularity of HSA (Health Savings Accounts) and higher deductible plan options. For private Marketplace plans, in 2020, the maximum allowable deductible is now $8,150 for individuals, and $16,300 for a family (two deductibles).

Most Bronze and Silver-tier policies have high deductibles, high maximum out-of-pocket costs, or both. Although Gold and Platinum plans may offer lower deductible options, because of their cost, they are not popular choices. Hospitals must charge price lists, resulting in a new  Administration rule. Pregnant mothers without reliable benefits (Marketplace, Group, or Medicaid) often face out-of-pocket costs approaching $10,000, or more, if there are complications.

The Ohio Public Employees Retirement System represents more than 1 million persons with assets of more than $90 billion. For more than five decades, the system has provided healthcare benefits for many of its members. Investment earnings and contributions from employees and employers provide the funding. Unless changes are made, the fund could become insolvent  in less than 10 years. Underfunded pension liabilities have become more prevalent in recent years.

A proposal has been submitted that could take effect January 1, 2022. If approved, healthcare benefit costs (under 65) would not be paid, but instead, credits would be provided to help pay policy premiums and other out-of-pocket costs. Retirees that have reached age 65 would have their funding allowance reduced. These proposed changes, if implemented, would provide a safer pension for retirees.

Summa Health has agreed to become a wholly-owned subsidiary of a nonprofit health system in Michigan. Beaumont Health agreed in July to merge the two companies. Together, the merger will result in 45,000 employees and more than $6 billion in annual revenue. SummaCare health insurance plans will continue to be offered. A total of 12 hospitals will now be included in the network following the merger.

Surprise medical billing in Ohio is a persistent problem for Buckeye State consumers, and residents of most other states. Although arbitration and benchmarking are possible solutions, until legislation is passed, millions of dollars could be passed onto unsuspecting consumers. This situation occurs when patients are unknowingly treated by an out-of-network physician at an in-network facility. For example, an ER hospital visit may involve treatment from a contractor instead of an in-network provider. About 20% of all ER visits result in a balance billing issue.

“Benchmarking” occurs when out-of-network providers are compensated at the approximate level of other local providers. The practice is currently used in California. New York uses arbitration, and this method is supported by the Ohio State Medical Association and other Groups. Currently, a benchmarking and arbitration are being debated in the Ohio House and Senate (Senate Bill 198 and House Bill 388).

It’s possible that a proposal will be submitted in a May spending package. However, less than 15% of insurance plans would be impacted by state legislation. Possible federal legislation could affect more persons. Although commercial healthcare rates would likely increase if arbitration legislation is approved, consumer out-of-pocket expenses would certainly decrease.