Health Insurance Rates In Ohio Jumping 88% Due To Obamacare

The Ohio Department Of Insurance (DOI) announced today that health insurance policies sold in the upcoming Exchange will cost (on average) 88% more than current plans. The large increases are due to mandatory essential benefits required by Obamacare and The Affordable Care Act legislation. The  projected were provided by the Society Of Actuaries.

These increases do not take into account federal tax subsidies that many individuals and families may qualify for. Families with incomes under $96,000 and individuals with incomes under $34,000 should qualify for assistance. This cost-sharing formula is based on 400% of the  Federal Poverty Level (FPL). Each year, the income levels and subsidies are recalculated to adjust for inflation. Cost-sharing assistance will also potentially reduce copays, coinsurance and deductibles.

The proposed prices still must be studied and approved by the DOI. This process will probably take approximately four weeks. When the rates are issued, they could be different than the original submitted rates. Also, insurers could decide to reduce the number of policies they are offering, or completely withdraw for the Exchange Marketplace.

One of the principal reasons that  individual health insurance rates are increasing so substantially, is because of all the numerous “mandated” (required by law) benefits that must be included for every applicant. For example, prior to 2014, if maternity was not wanted or needed, the benefit could be easily excluded from the private policy you purchased. The savings was often as much as $3,000 per year. Many carriers didn’t offer the benefit. 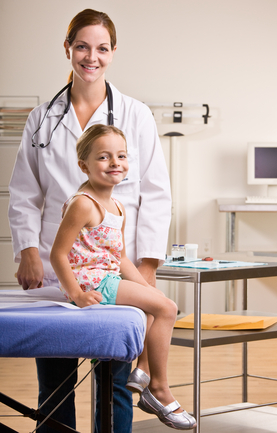 And at a monthly premium of between $270-$800 per month (Just for maternity!), it was a coverage most Ohioans did not want at the time of purchase. Out-patient mental health and chiropractic  visits were also often limited or excluded, saving fairly significant dollars.

It is only fair to point out that many individuals and families will benefit by the new legislation. Applicants from low-income households or with serious medical issues (or both) will probably pay less than what they typically would have been forced to pay. However, if they are still uninsured, the designated Open Enrollment periods are the only times to purchase federally-mandated coverage.

But after 2014, you won’t have a choice. That’s one huge reason why prices are going up…and substantially, for many residents of the Buckeye state. The four available types of “medal” plans: Platinum, Gold, Silver and Bronze, will all contain many features that might never be used. But it’s the law now. Obamacare at your service.

There may be some affordable alternatives, such as buying a policy outside of the Exchange Marketplace. Otherwise, by selecting a “Bronze” medal policy, you avoid the most costly Ohio  options. Of course, by qualifying for financial assistance, premiums will reduce.